Delicious! The only issue I ran into this time were the grubby hands of my little boy, who changed my oven temperature from 350 F to 500...yes, not good. Luckily I caught it after ten minutes so I quickly lowered the temperature and covered the bread with tinfoil to avoid burning the top any worse. It was pretty doughy in the center though, so it's currently drying out in the oven to make a batch of overnight french toast. But the bit that I did taste was really good. I do love the taste of vanilla! 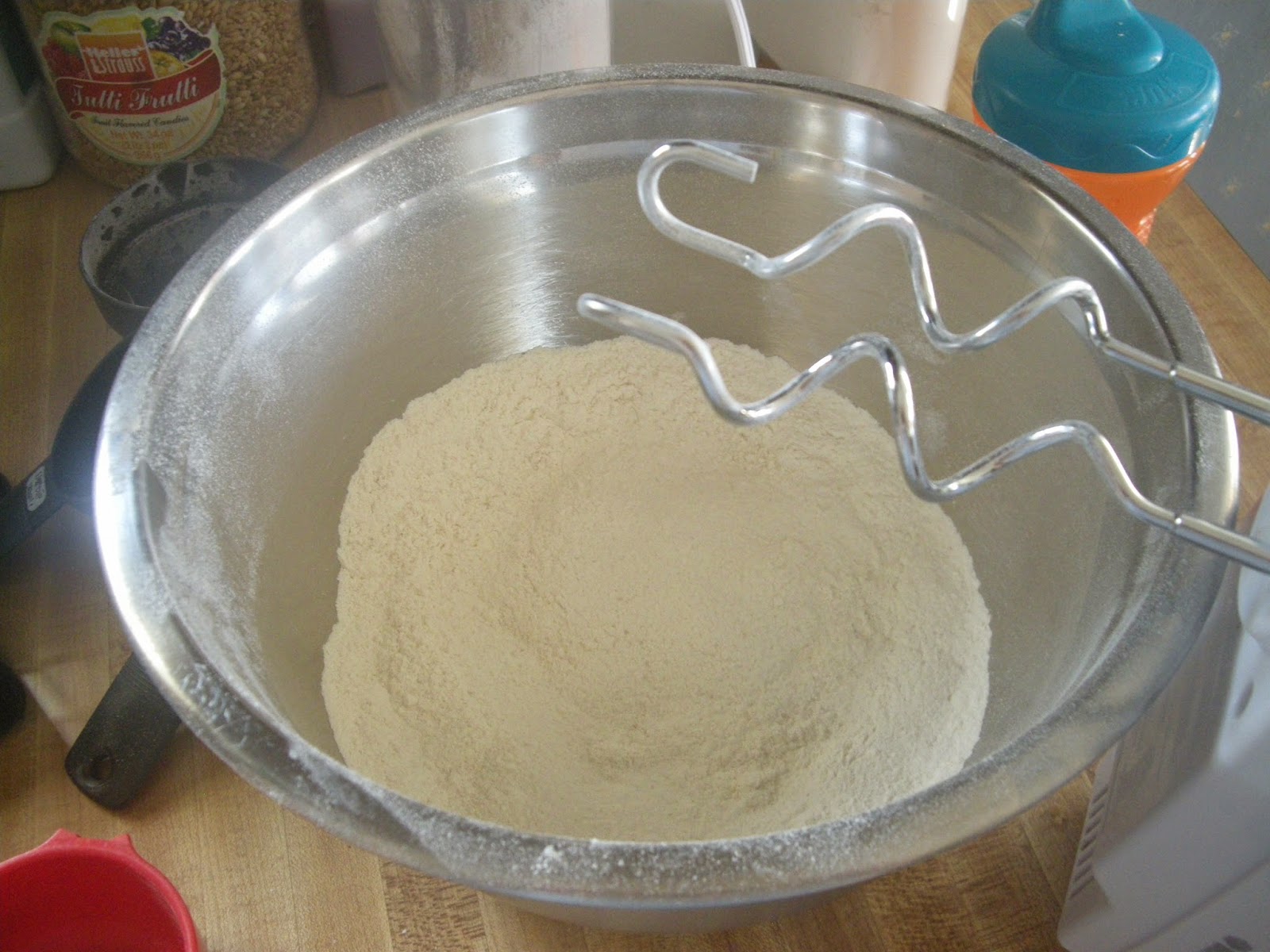 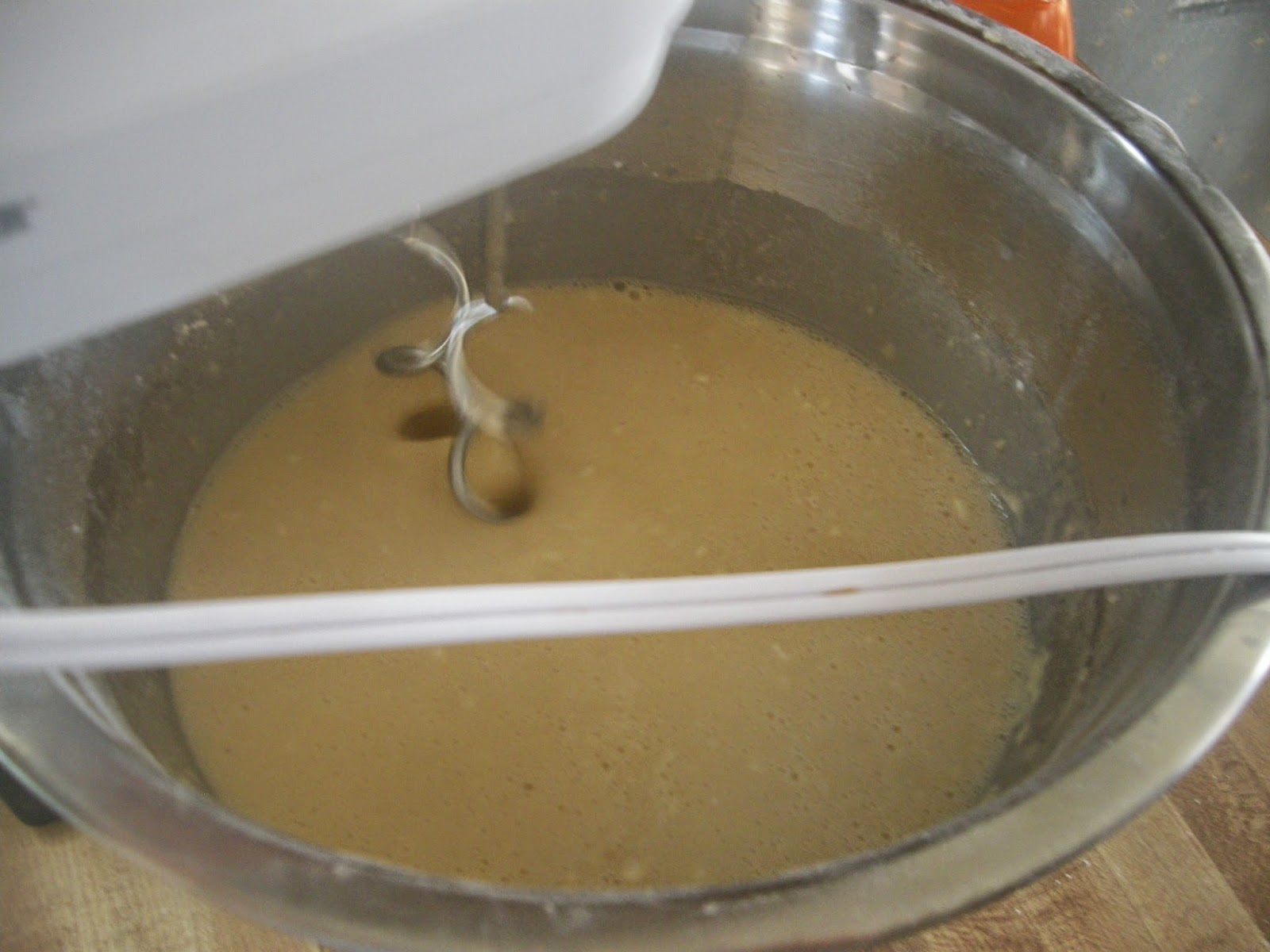 Then add 1 3/4 cups HOT water (120 F), I used my candy thermometer to make sure it was hot enough since this was my first experience using water this hot with yeast involved. Then add 4 large eggs, at room temperature. I cracked them into a small bowl and whipped them there before adding to the main bowl.

Then add 1/2 a cup of oil (I used canola), then 1 1/2 tablespoons of vanilla. Mix about three minutes. I used my hand mixer with the dough hook attachments, you can also use a stand mixer if you have one. 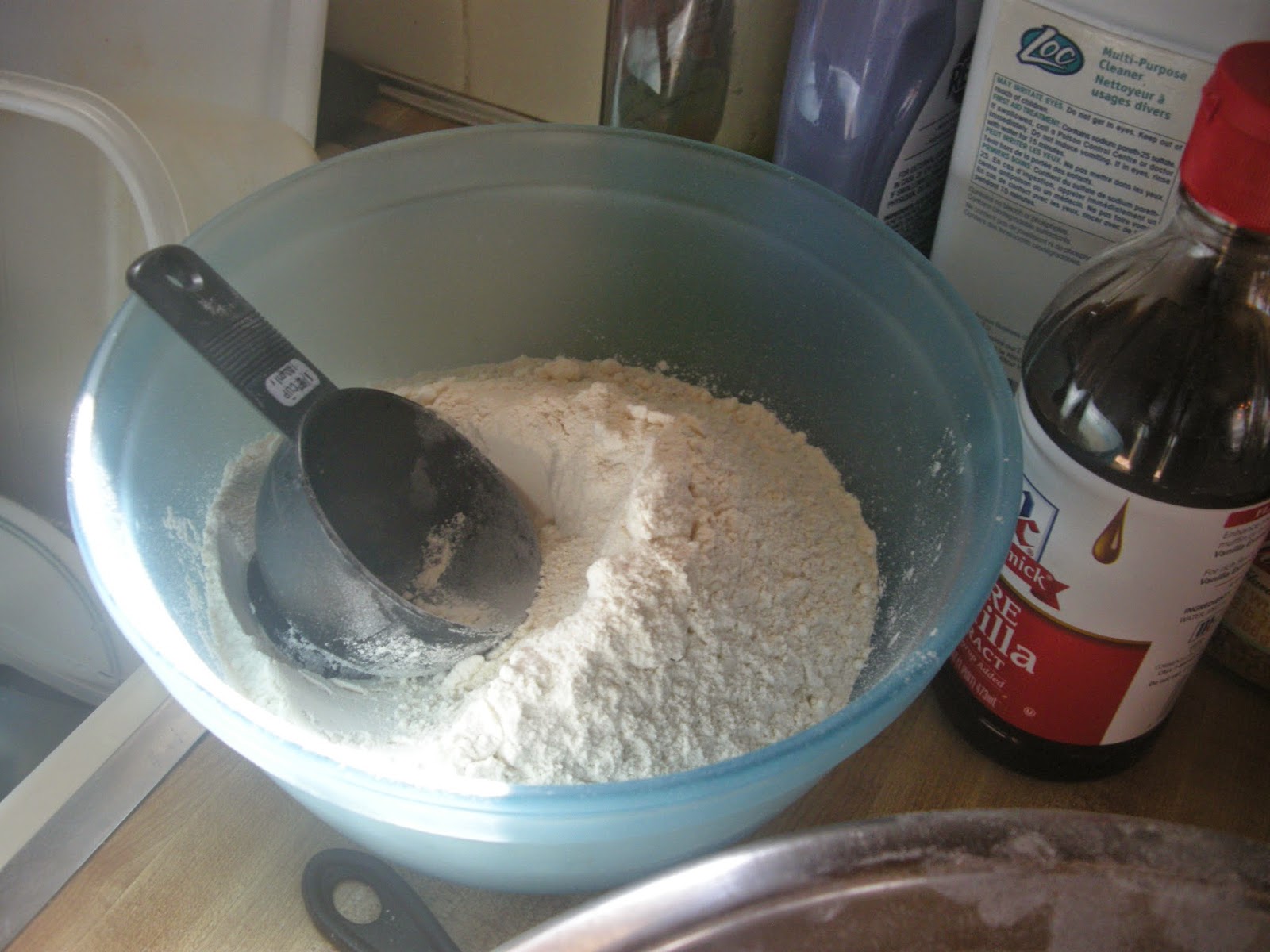 Then add the remaining 5 cups of flour half a cup at a time. I like to put the flour in a bowl so I don't have to keep track. You may need more flour, if you have added the 7 cups total and it's still sticky then add about 1/4 a cup at a time until you have the right texture for kneading. 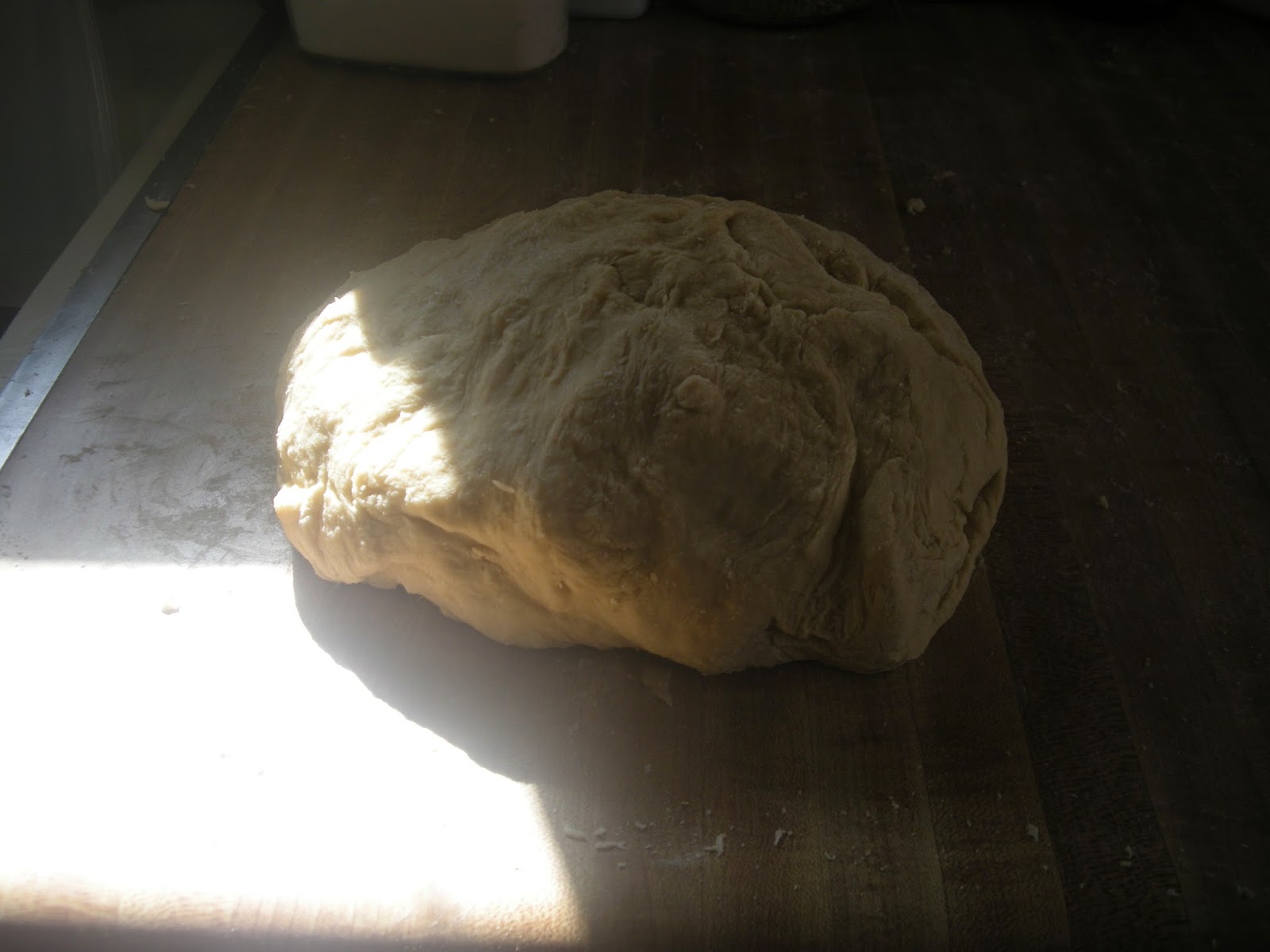 Knead 4-5 minutes on a floured surface. 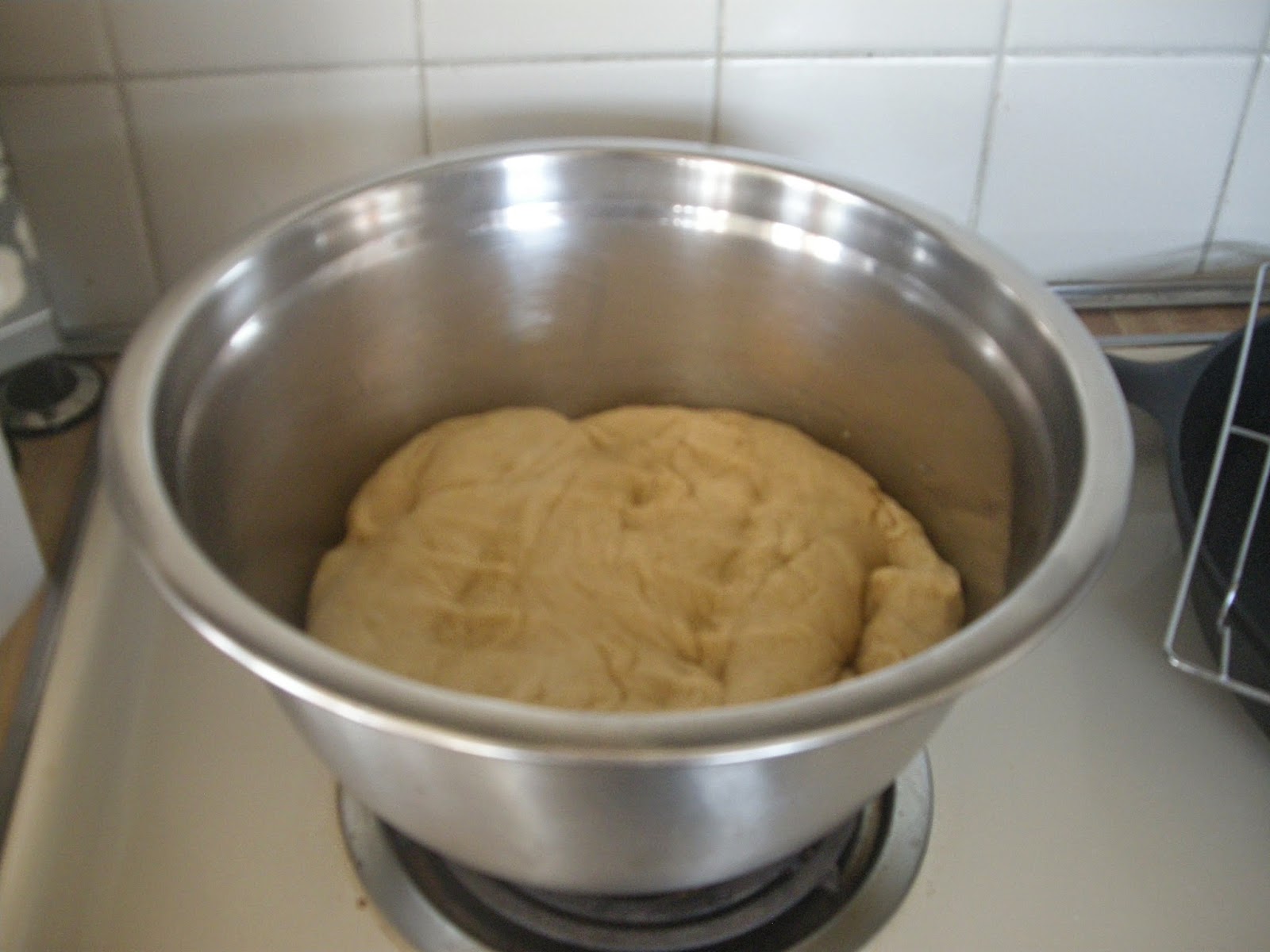 Place in a greased bowl (turning to coat) and  cover with plastic wrap. Let raise 1 1/2 to 2 hours. Or until doubled. 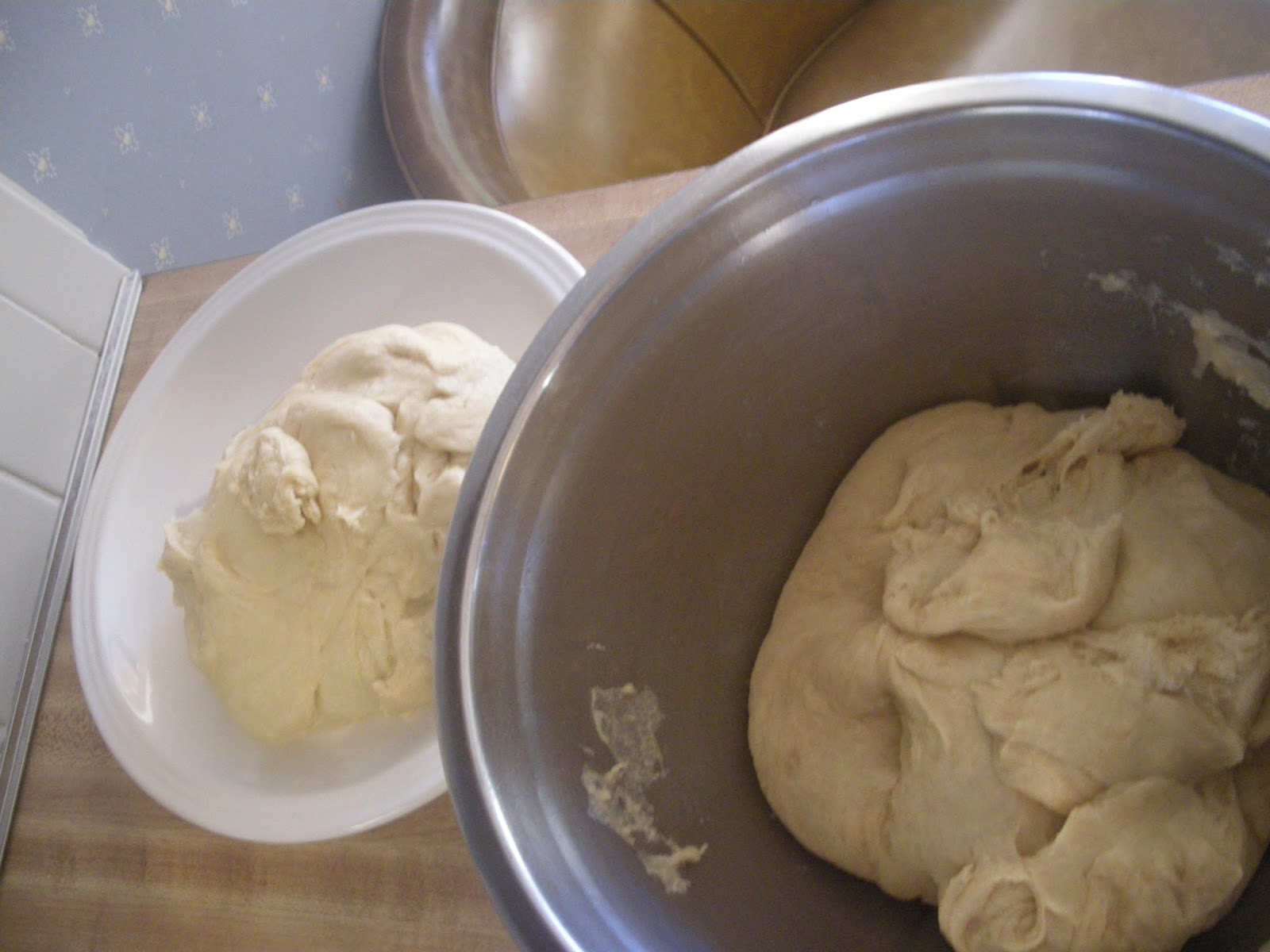 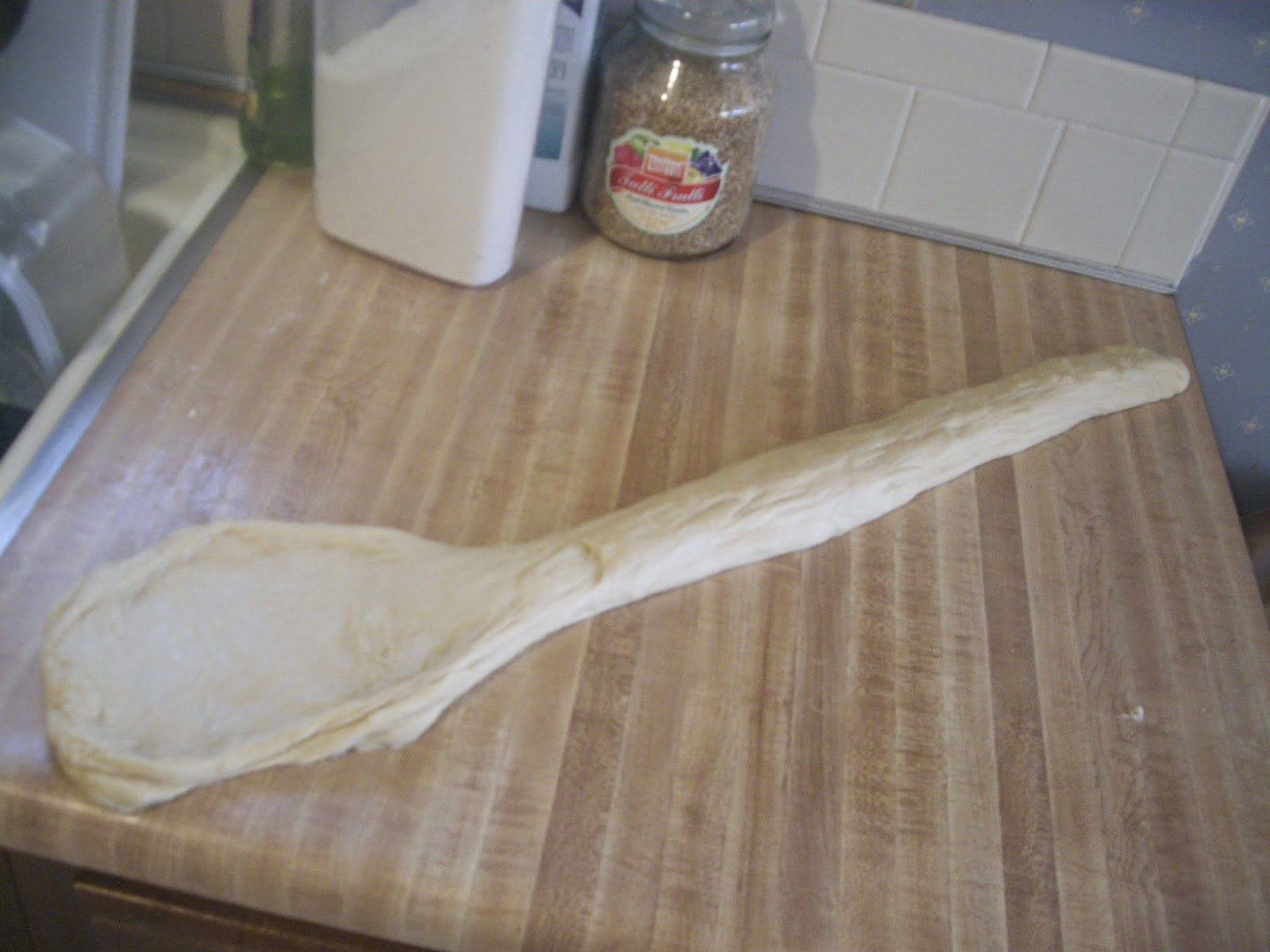 Roll each portion out until about 30 inches long, tapering one end to the other. One end should be 2-3 inches wider then the rest. You can also google some instructions or pictures if you would like. It's called the turban swirl. 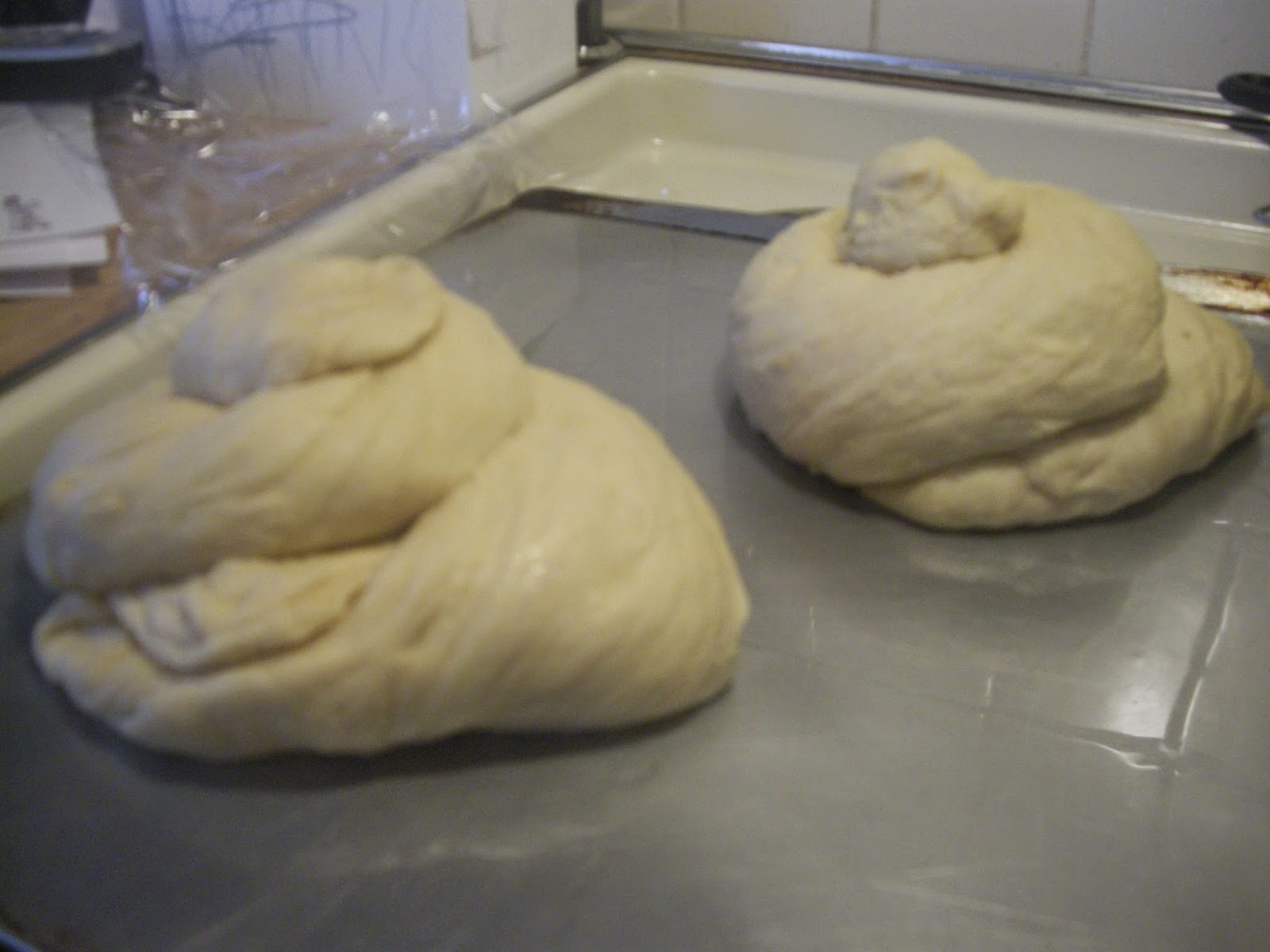 You can use either cookie sheets, or spring form pans. Grease or parchment line the pan(s) you use. I decided to put both loaves on my large air bake cookie sheet. 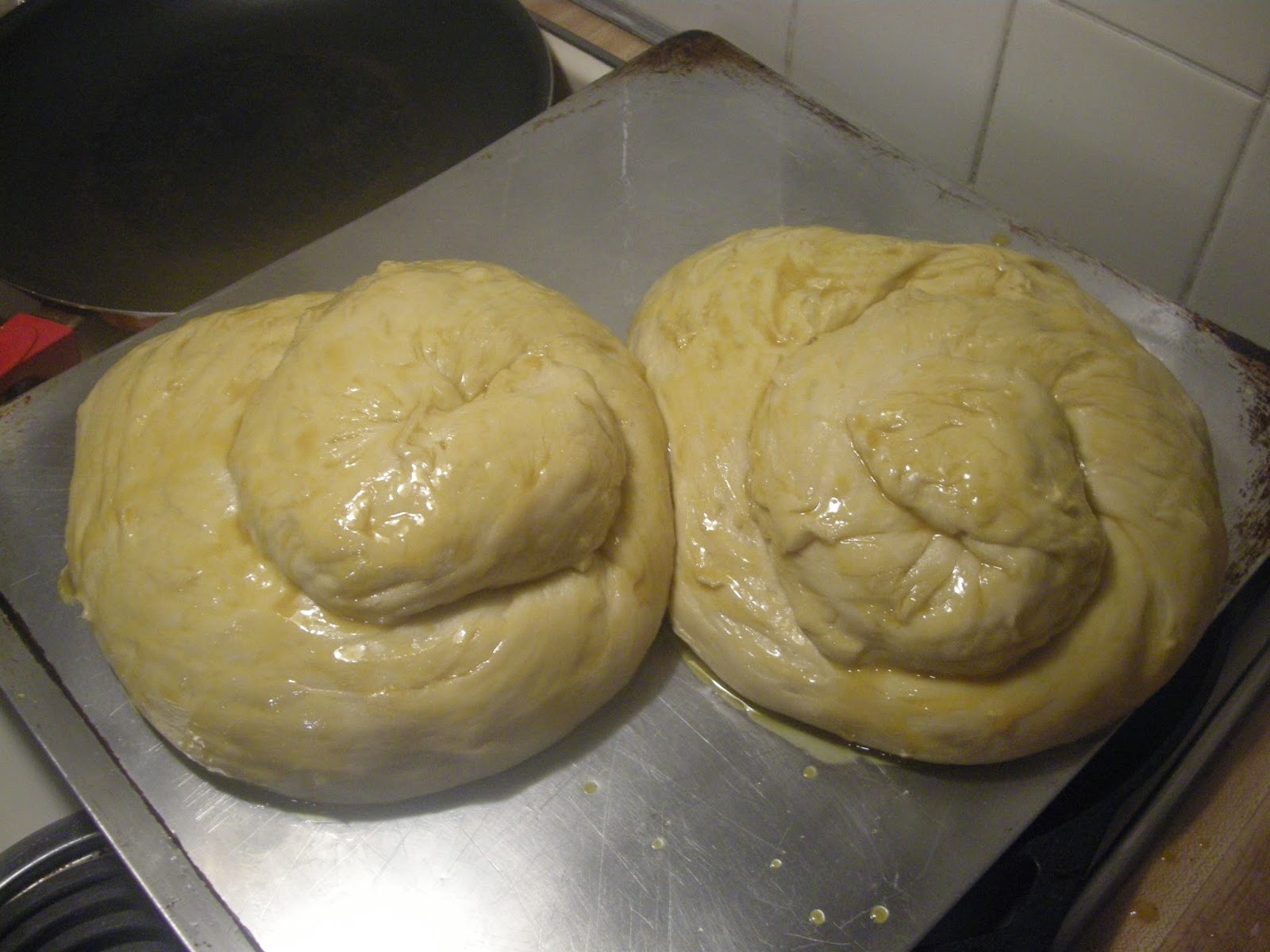 Let raise about 30 minutes (or until almost doubled). Since the dough has eggs it will do most of the rising in the oven. Twenty minutes before baking preheat the oven to 350 F and brush on the vanilla egg glaze: 1 large egg yolk, 1 teaspoon vanilla, and 1/2 teaspoon of sugar. 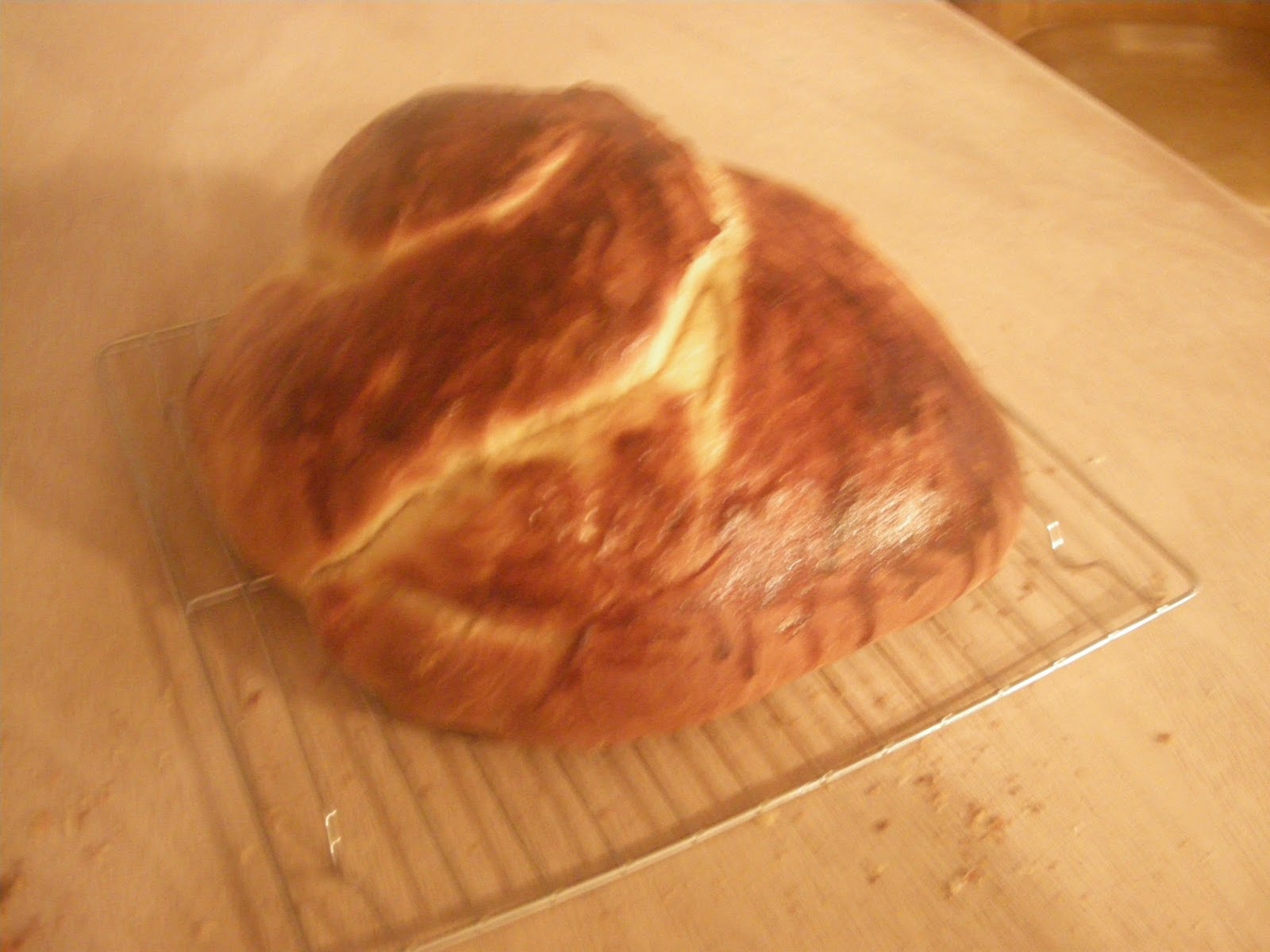 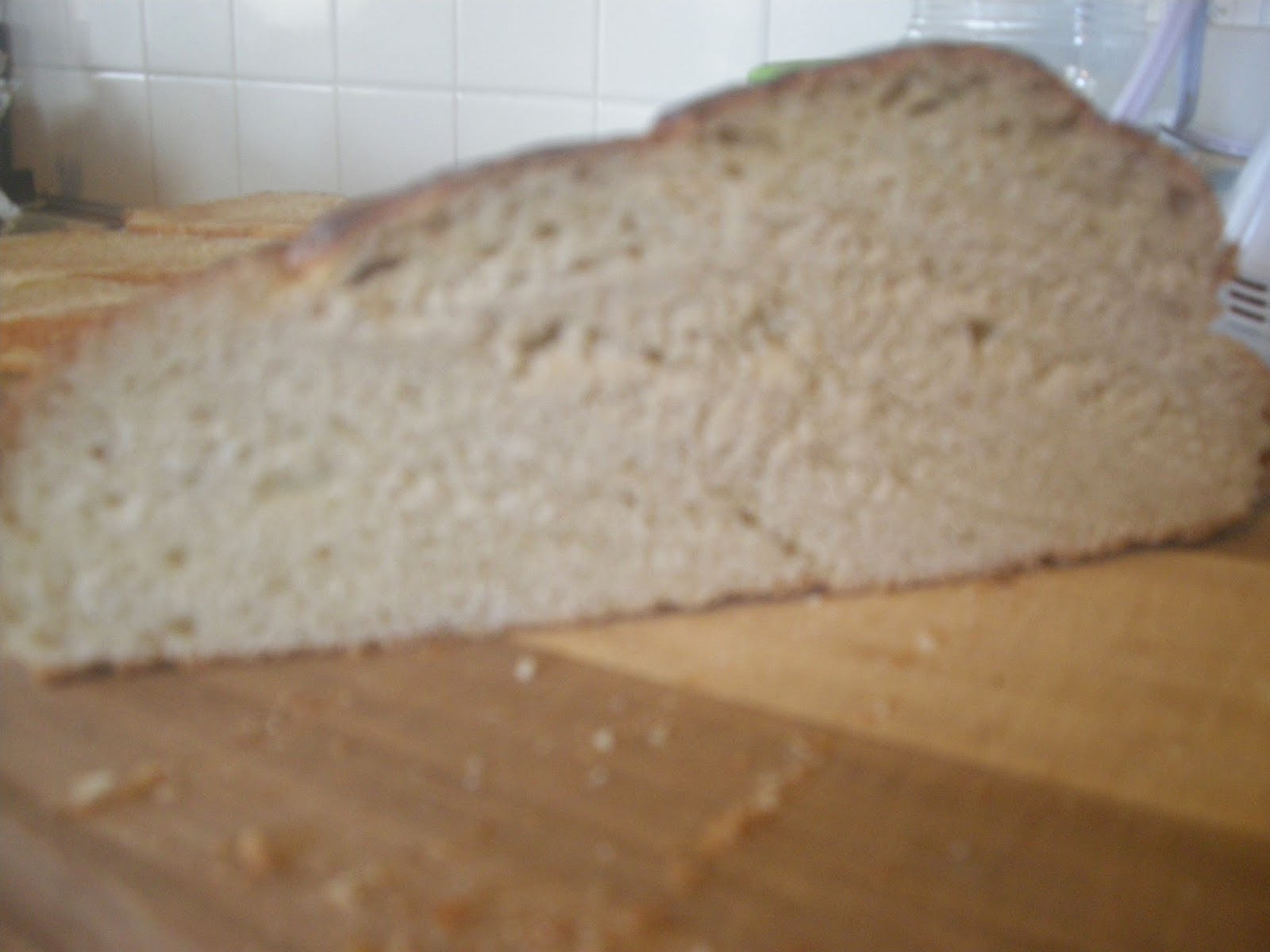 This makes great cinnamon toast, french toast, and I personally think it would make great bread pudding!
Posted by Eric and Caralee at 12:43 PM 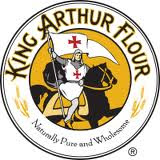 This is the best flour I have ever used. They also have some other fun stuff. 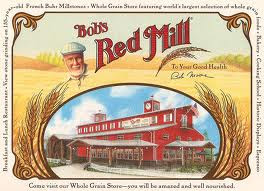 For Anything and Everything Amazing go HERE